Killer punk-pop from Brantford to the World

Local pop-punker’s Harbour have been stirring up the scene since 2012 with their catchy melodic songs reminiscent of the golden days  of pop-punk.

Hyperactive rhythm, sweet and sticky vocals, all tightly compacted into each song to deliver their unique blend of innocence and anger to the eager masses.

Recently the world has begun to take notice.  Bullion Records (of MxPx and Flogging Molly fame) invited the band out to record their album “Grade School Summer“, following up with a tour of Japan.
Here in Brantford they hit the stage of the first annual WTFest playing in front of thousands of cheering fans alongside Hedley, Lights and USS.

We’re excited to see where Harbour are going next, as they have only just begun to share their music with the world. 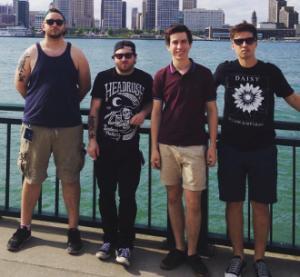